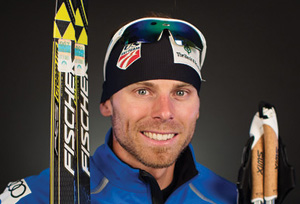 In a sport dominated by Europeans, Andy Newell has brought cross-country skiing glory to the United States. Growing up in Shaftsbury, Vermont, Andy graduated from Stratton Mountain School and began competing in World Cup events in 2001. Since then, Newell has developed into one of the fastest sprinters in U.S. history, making four Olympic squads and nine World Championship teams. When he stood on his first World Cup podium in 2006, Andy was the first American nordic skier to do so in over two decades.

Andy is a dedicated advocate for spreading climate change awareness, even starting his own organization Athletes for Action in 2013. He has partnered with the nonprofit Protect Our Winters and often speaks on the issues surrounding climate change.